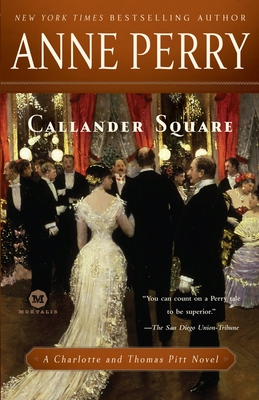 Murders just don’t happen in fashionable areas like Callander Square–but these two have. The police are totally baffled. Pretty, young Charlotte Ellison Pitt, however, is curious.

Inspector Pitt’s well-bred wife doesn’t often meddle in her husband’s business, but something about this case intrigues her–to the point that staid Charlotte Pitt is suddenly rattling the closets of the very rich, seeking out backstairs gossip that would shock a barmaid, and unearthing truths that could push even the most proper aristocrat to murder.

Praise For Callander Square: A Charlotte and Thomas Pitt Novel…

“Murder fans who prefer their crimes with a touch of class should heat some scones and nestle back for the afternoon.” —Atlanta Journal-Constitution

“You can count on a Perry tale to be superior.”—San Diego Union-Tribune
or
Buy Here
Copyright © 2020 American Booksellers Association