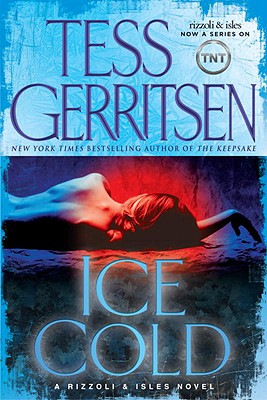 
Published in the UK as THE KILLING PLACE.

Unpredictable twists help propel Gerritsen's winning eighth novel featuring Boston medical examiner Maura Isles and homicide detective Jane Rizzoli (after The Keepsake). While in Wyoming late one fall for a pathologists' conference, Maura agrees to join an old college acquaintance, his 13-year-old daughter, and two friends of his on a last-minute ski trip. When an accident stalls their SUV on a remote mountain road, the fivesome take refuge in an abandoned village, Kingdom Come, the home of a religious sect led by a charismatic prophet, Jeremiah Goode. But what drove the residents from their 12 identical houses, leaving food on the table and pets behind? When the local police find what they believe to be Maura's charred body and those of her four companions, Jane; her FBI agent husband, Gabriel Dean; and Fr. Daniel Brophy travel to Wyoming to conduct their own investigation. Gerritsen supplies plenty of depth in both plot and characters. TNT launches a new TV series based on this series in July.--Publishers Weekly

Tess Gerritsen is a physician and an internationally bestselling author. She gained nationwide acclaim for her first novel of medical suspense, the "New York Times" bestseller Harvest. She is also the author of the bestsellers The Keepsake, The Bone Garden, The Mephisto Club, Vanish, Body Double, The Sinner, The Apprentice, The Surgeon, Life Support, Bloodstream, and Gravity. Tess Gerritsen lives in Maine.
Loading...
or
Not Currently Available for Direct Purchase