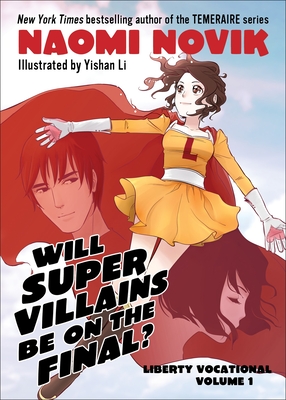 Will Supervillains Be on the Final?

As universities go, Liberty Vocational is the private college of choice for budding superheroes learning to master their extraordinary powers for the good of humankind. But for sixteen-year-old Leah Taymore, just making her way through classes without incident is shaping up to be a superhuman task. Star struck by legendary ex-hero turned student advisor Calvin Washington, petrified by ultrastrict dean Dr. Santos, and tongue-tied over her supercool (and handsome) classmate Paul Lyman, timid Leah fears that even her ability to manipulate atoms won’t be enough to survive the rigors of L.V.—and become a full-fledged defender of all that is right. But the real test of her mettle is yet to come, in the form of infamous supervillain Bane, who has infiltrated Liberty with a sinister plan to bring down the best and brightest heroes of tomorrow before they even take flight.

She lives in New York City with her husband, Charles Ardai, the founder of Hard Case Crime, and their daughter, Evidence, surrounded by an excessive number of purring computers.
Loading...
or
Not Currently Available for Direct Purchase