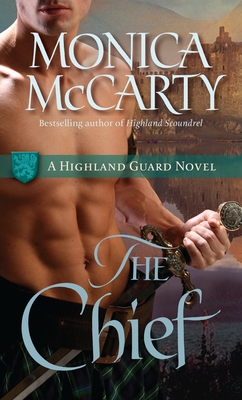 AN ELITE FIGHTING FORCE UNLIKE THE WORLD HAS EVER SEEN . . .

Scouring the darkest corners of the Highlands and Western Isles, Robert the Bruce handpicks ten warriors to help him in his quest to free Scotland from English rule. They are the best of the best, chosen for their superior skills in each discipline of warfare. And to lead his secret Highland Guard, Bruce chooses the greatest warrior of all.

The ultimate Highland warlord and a swordsman without equal, Tor MacLeod has no intention of being drawn into Scotland’s war against the English. Dedicated to his clan, the fiercely independent chief answers to no one—especially not to his alluring new bride, bartered to him in a bid to secure his command of the deadliest fighting force the world has ever seen. The treacherous chit who made her way to Tor’s bed may have won his hand, but she will never claim his heart.

Although her husband’s reputation is as fierce as his manner, Christina Fraser believes that something softer hides beneath his brutal shell. But the only warmth she feels is in their bed, in glorious moments of white-hot desire that disappear with the dawn. When Christina’s reckless bid to win her husband’s love goes awry and thrusts them into danger on the eve of war, Tor will face his ultimate battle: to save his wife and to open his heart—before it’s too late.

Monica McCarty is the bestselling author of the Highlander trilogy (Highlander Untamed, Highlander Unmasked, and Highlander Unchained). Her interest in the Scottish clan system began in the most unlikely of places: a comparative legal history course at Stanford Law School. After a short but enjoyable stint practicing law, she realized that her legal vocation and her husband’s transitory career as a professional baseball player were not exactly a match made in heaven. So McCarty traded in her legal briefs for Scottish historical romances with sexy alpha heroes. She lives in the San Francisco Bay Area with her husband and their two young children.
Loading...
or
Not Currently Available for Direct Purchase