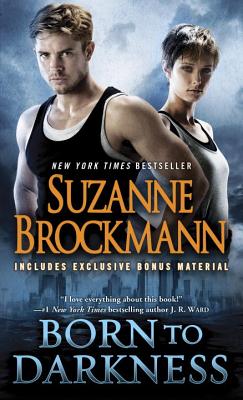 In the near future, as America endures its second Great Depression, former Navy SEAL Shane Laughlin finds work as a test subject at the Obermeyer Institute, only to be plunged into a strange world where mild-mannered scientists can kick his highly skilled ass. These “Greater-Thans” undergo rigorous training to master unique abilities—including telekinesis, super strength, and reversal of the aging process—by accessing untapped regions of the brain. But for the rich and reckless, there’s a quick, seductive alternative: Destiny, a highly addictive designer drug that can make anyone a Greater-Than—for a lethal price.

Michelle “Mac” Mackenzie is determined to end the scourge of Destiny. As one of OI’s crack operatives, she’s learned to wield her powers responsibly. But she’s knocked for a loop when she meets the new test subject: Shane, the same smoldering stranger who just rocked her world in a one-night stand. Mac’s got reasons to keep her distance from him—and reasons that are just as strong to want him close. She’s used to risking her life, but now, in the midst of the ultimate war on drugs, she must face sacrificing her heart.

After childhood plans to become the captain of a starship didn’t pan out, Suzanne Brockmann took her fascination with military history, her respect for the men and women who serve, her reverence for diversity, and her love of storytelling and explored brave new worlds as a New York Times bestselling romance author. Over the past twenty years, she has written more than fifty novels, including her award-winning Troubleshooters series about Navy SEAL heroes and the women—and sometimes men—who win their hearts. In addition to writing books, Suzanne Brockmann has co-produced a feature-length movie, the award-winning romantic comedy The Perfect Wedding, which she co-wrote with her husband, Ed Gaffney, and their son, Jason. She has also co-written a YA novel, set in the world of her paranormal Fighting Destiny series, with her daughter, Melanie. Find Suzanne Brockmann on Facebook, follow her on Twitter, and visit her website to find out more about upcoming releases and appearances.

“Brockmann is a master of adventure, drama, passion, and suspense.”—The Tampa Tribune