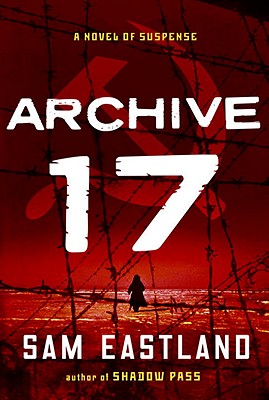 Stalin’s most trusted secret agent, the legendary Inspector Pekkala, is on his deadliest mission—one that could save his country . . . or plunge it into the abyss.

It is 1939. Russia teeters on the verge of war with Germany. It is also on the brink of bankruptcy. To preserve his regime, Stalin orders a search for the legendary missing gold of Tsar Nicholas II. For this task, he chooses Pekkala, the former investigator for the Tsar. To accomplish his mission, Pekkala will go undercover, returning to Siberia and the nightmare of his own past, where he was once a prisoner in the notorious Gulag known as Borodok.

Pekkala must infiltrate a gang of convicts still loyal to the Tsar who, it is rumored, know the whereabouts of the precious gold. He soon learns that the best-kept secrets are those that no one even knows exist.

In the brutal frozen fortress where his survival once made him a myth, he begins to unravel the true identity of a murdered inmate, whose own mission to Siberia has lain buried for years deep within the mysterious Archive 17, where long-lost files obscure a shocking conspiracy that could decide the future of the Soviet Union itself. As more people die around him, Pekkala must decide where his true loyalties lie, or else take his place among the dead.

With the superb research and stunning suspense that are his trademarks, Sam Eastland delivers his most powerful Pekkala novel yet—the best in a mystery series riveting readers and reviewers alike.

Sam Eastland is the author of "Shadow Pass" and "Eye of the Red Tsar." He is the grandson of a London police detective who served in Scotland Yard's famous "Ghost Squad" during the 1940s. He lives in the United States and Great Britain and is currently working on his next novel.

Praise For Archive 17: A Novel of Suspense…

PRAISE FOR SAM EASTLAND AND HIS PEKKALA SERIES

Eye of the Red Tsar

“An outstanding example of an unusual protagonist being used to excellent advantage.”—San Jose Mercury News