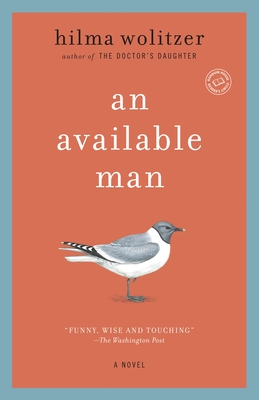 “Wonderful . . . [Hilma] Wolitzer’s vision of the world, for all its sorrow, is often hilarious and always compassionate.”—The New York Times Book Review

“Smart and poignant, An Available Man explores some universal truths—that the past is never past, life is for the living, and dating is really, really hard.”—O: The Oprah Magazine

“Charming . . . Wolitzer is a champ at the closely observed, droll novel of manners.”—NPR

“A deeply satisfying story of love lost and found.”—Bookreporter

Praise For An Available Man: A Novel…

Hilma Wolitzer is the author of several novels, including Summer Reading, The Doctor’s Daughter, Hearts, Ending, and Tunnel of Love, as well as a nonfiction book, The Company of Writers. She is a recipient of Guggenheim and NEA fellowships, an Award in Literature from the American Academy of Arts and Letters, and the Barnes & Noble Writer for Writers Award.  She has taught writing at the University of Iowa, New York University, and Columbia University.
Loading...
or support indie stores by buying on