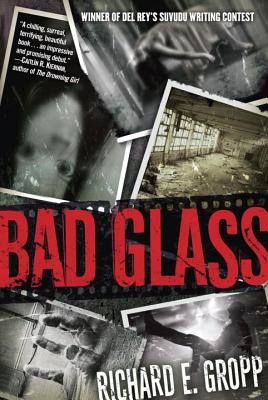 One of the most hauntingly original dark fantasy debuts in years—perfect for fans of Lost and Mark Danielewski’s cult classic, House of Leaves.

Something has happened in Spokane. The military has evacuated the city and locked it down. Even so, disturbing rumors and images seep out, finding their way onto the Internet, spreading curiosity, skepticism, and panic. For what they show is—or should be—impossible: strange creatures that cannot exist, sudden disappearances that violate the laws of physics, human bodies fused with inanimate objects, trapped yet still half alive. . . .

Dean Walker, an aspiring photographer, sneaks into the quarantined city in search of fame. What he finds will change him in unimaginable ways. Hooking up with a group of outcasts led by a beautiful young woman named Taylor, Dean embarks on a journey into the heart of a mystery whose philosophical implications are as terrifying as its physical manifestations. Even as he falls in love with Taylor—a woman as damaged and seductive as the city itself—his already tenuous hold on reality starts to come loose. Or perhaps it is Spokane’s grip on the world that is coming undone.

Now, caught up in a web of interlacing secrets and betrayals, Dean, Taylor, and their friends must make their way through this ever-shifting maze of a city, a city that is actively hunting them down, herding them toward a shocking destiny.

Richard E. Gropp lives on a mountain outside of Seattle with his partner of fifteen years. It is a small mountain. He studied literature and psychology at the University of California, Santa Cruz, and has worked as a bookstore clerk, a forklift driver, and an accountant. He has a hard time spelling the word broccoli, and in his spare time he dabbles in photography and cooking.

Praise For Bad Glass: A Novel…

“One of the most exciting and accomplished debuts I’ve read in years, Bad Glass welds the eerie, atmospheric horror of Mark Danielewski’s House of Leaves to the transgressive apocalyptic vibe of Samuel R. Delany’s classic Dhalgren.”—Paul Witcover, author of Waking Beauty

"The terror of this dark fantasy lies in Gropp’s grotesque creatures, who are grounded in reality...Bad Glass is a disturbing yet immensely entertaining story." --Romance Times (4 1/2 Star review)