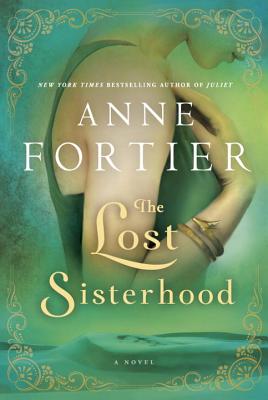 From the author of the "New York Times" bestseller "Juliet" comes a mesmerizing novel about a young scholar who risks her reputation and her life on a thrilling journey to prove that the legendary warrior women known as the Amazons actually existed.
Oxford lecturer Diana Morgan is an expert on Greek mythology. Her obsession with the Amazons started in childhood when her eccentric grandmother claimed to be one herself before vanishing without a trace. Diana's colleagues shake their heads at her Amazon fixation. But then a mysterious, well-financed foundation makes Diana an offer she cannot refuse.
Traveling to North Africa, Diana teams up with Nick Barran, an enigmatic Middle Eastern guide, and begins deciphering an unusual inscription on the wall of a recently unearthed temple. There she discovers the name of the first Amazon queen, Myrina, who crossed the Mediterranean in a heroic attempt to liberate her kidnapped sisters from Greek pirates, only to become embroiled in the most famous conflict of the ancient world the Trojan War. Taking their cue from the inscription, Diana and Nick set out to find the fabled treasure that Myrina and her Amazon sisters salvaged from the embattled city of Troy so long ago. Diana doesn t know the nature of the treasure, but she does know that someone is shadowing her, and that Nick has a sinister agenda of his own. With danger lurking at every turn, and unsure of whom to trust, Diana finds herself on a daring and dangerous quest for truth that will forever change her world.
Sweeping from England to North Africa to Greece and the ruins of ancient Troy, and navigating between present and past, "The Lost Sisterhood" is a breathtaking, passionate adventure of two women on parallel journeys, separated by time, who must fight to keep the lives and legacy of the Amazons from being lost forever.
Praise for "The Lost Sisterhood"
""
Impossible to put down . . . Meticulous research, a delicious mystery, and characters that leap from the story make this brilliant book a Perfect 10. "Romance Reviews Today"
""
Anne Fortier tells two tales of adventure, mystery and romance . . . reminiscent of "The Da Vinci Code "with a hint of "A Discovery of Witches." Fredericksburg" Free Lance Star"
Boldly original . . . will intrigue lovers of ancient worlds as well as those who are just fans of a good story. "Bookreporter"
A gorgeous journey from England to North Africa to Greece, thrilling readers with beautiful settings, courageous women and breathtaking adventure. "BookPage"
""
Grounded in a thorough knowledge of classical literature, this skillful interweaving of plausible archaeological speculation, ancient mythology, and exciting modern adventure will delight fans of such authors as Kate Mosse and Katherine Neville. "Library Journal" (starred review)
"The Lost Sisterhood "is a spellbinding adventure, a tale of two courageous women separated by millennia but pursuing interwoven quests: one to protect and lead her sisters through a dangerous ancient world, the other to prove that the legendary tribe of women truly existed, and that their legacy endures. Jennifer Chiaverini, author of "Mrs. Lincoln's Dressmaker" and" The Spymistress
"
Magical, ambitious, and riveting, "The Lost Sisterhood" blends past and present to bring the myth of the ancient Amazon to life. Kim Fay, author of "The Map of Lost Memories.

Praise For The Lost Sisterhood…

Advance praise for The Lost Sisterhood

“The Lost Sisterhood is a spellbinding adventure, a tale of two courageous women separated by millennia but pursuing interwoven quests: one to protect and lead her sisters through a dangerous ancient world, the other to prove that the legendary tribe of women truly existed, and that their legacy endures.”—Jennifer Chiaverini, author of Mrs. Lincoln’s Dressmaker and The Spymistress

“Anne Fortier’s boldly imaginative and beautifully plotted novel takes us on a spellbinding journey from the halls of Oxford to the ruins of Troy, with a mysterious journal leading the way to a fascinating history. The Lost Sisterhood connects wonderfully smart and strong sisters of the present and the past in a story I won’t soon forget.”—Meg Waite Clayton, author of The Wednesday Daughters

“The Lost Sisterhood is a bright, burning, magnificent accomplishment. Compulsively readable, mystical and heroic, this is a novel that will capture your interest, your imagination, and your heart. The compelling characters, beautifully rendered settings, and fascinating and original history are well served by the creativity with which Fortier blends them in this truly amazing story.”—M. J. Rose, author of The Book of Lost Fragrances

“Magical, ambitious, and riveting, The Lost Sisterhood blends past and present to bring the myth of the ancient Amazons to life. Sweeping from the deserts of Algeria to the ruins of Troy to the far frozen reaches of Finland, Anne Fortier’s tale of a young Oxford academic sent on a mysterious quest is a masterly combination of fast-paced adventure and grand epic. I devoured this book, staying up late many a night to reach its pulse-pounding conclusion.”—Kim Fay, author of The Map of Lost Memories

“One of those rare novels that have it all . . . I was swept away.”—Sara Gruen

Anne Fortier grew up in Denmark and divides her time between Europe and North America. She is the "New York Times" bestselling author of "Juliet." Fortier also co-produced the Emmy Award winning documentary "Fire and Ice: The Winter War of Finland and Russia." She holds a Ph.D. in the history of ideas from Aarhus University, Denmark. "The Lost Sisterhood" is her second novel in English."
Loading...
or
Not Currently Available for Direct Purchase