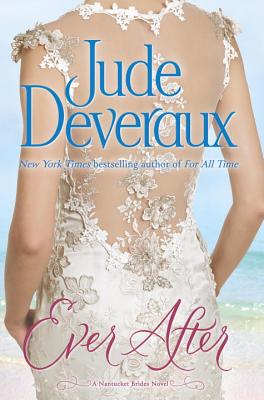 "NEW YORK TIMES "BESTSELLER Jude Deveraux's eagerly awaited third novel in her blockbuster Nantucket Brides trilogy continues the spellbinding saga of the Montgomery-Taggerts, set on an island steeped in beauty and unforgettable romance.
Life is anything but perfect for Hallie Hartley, a young physical therapist who has given up nearly everything even her love life for her beautiful blonde stepsister, Shelly. Though Shelly's acting career has never taken off, she has certainly perfected the crocodile tears to get what she wants which all too often means Hallie's boyfriends. When Hallie arrives home early from work one fateful day, she makes two startling discoveries that will turn her life upside down: Not only has a mysterious relative left Hallie a house on Nantucket, but Shelly has been trying to steal it. Desperate to put her troubles behind her, Hallie impulsively flies to Nantucket.
New trouble, however, has already settled into Hallie's guest room in the form of her newest client. Hallie is told that wealthy, young James Taggert has injured his leg in a skiing accident. Assuming that the devastatingly handsome man has led a charmed life, Hallie is surprised by Jamie at every turn throughout his recovery. His attentions draw her out of her shell but he has a dark secret, and is tormented by nightmares that only her presence can keep at bay. She suspects there's more to his injury than he's letting on.
On this gorgeous island rich in history, magic is everywhere, even in Hallie's own backyard. As Jamie's relatives arrive for a wedding gala, something wonderfully unusual is in the air. There's an aura of romance enhanced by a pair of matchmaking ghosts and a colorful island legend. In their own little corner of the world, Jamie and Hallie unravel the timeless secrets of their own hearts, and a very special story of True Love destined to last forever after.
Praise for "Ever After"
""
Wondrous . . . a lovely tale of love, healing and hope. " Fresh Fiction"
A sweet, idyllic love story . . . a romance in the most classic sense. " RT Book Reviews"
""
Filled with family, friends, ghosts and the magic of love, "Ever After" is sure to please longtime fans of Deveraux, as well as new readers. "BookPage"
""
A] sexy, lighthearted romp. " Kirkus Reviews"
""
Thoroughly enjoyable. " Publishers Weekly "(starred review)
Praise for Jude Deveraux
""
A new Jude Deveraux novel means a very late night turning the pages straight through to the delicious end. Susan Elizabeth Phillips
"True Love"
"True Love, "with its star-crossed lovers and twisty plot, evokes everything that makes Nantucket so special the history, the atmosphere, the secrets, and the magic. Susan Wiggs
Destined to be an instant romance classic . . . will haunt you long after you read it. "Pittsburgh Post-Gazette"
"For All Time"
Deveraux takes us to a place where dreams are made. . . . Apage-turning time-travel romance that captures your imagination from the start and keeps hold till the very last page. " Fresh Fiction
"
A beautifully written story with a refreshing old-romance feel . . . Fans of Deveraux will be delighted. " RT Book Reviews.

Jude Deveraux is the author of forty-two "New York Times" bestsellers, including "Moonlight in the Morning" and "A Knight in Shining Armor." She was honored with a "Romantic Times" Pioneer Award in 2013 for her distinguished career. To date, there are more than sixty million copies of her books in print worldwide.
Loading...
or
Not Currently Available for Direct Purchase