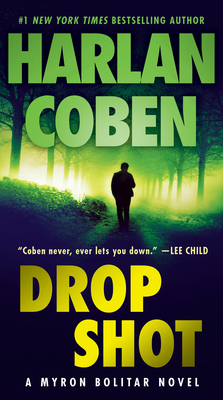 In the second Myron Bolitar novel from Edgar Award–winner Harlan Coben, a young woman’s tragic death spirals into a shattering drama of menace, secrets, and rage. Suddenly Myron is in over his head—and playing the most dangerous game of all.

Once, Valerie Simpson’s tennis career skyrocketed; now, the headlines belong to a player from the wrong side of the tracks. But when Valerie is shot dead in cold blood and dropped outside the stadium at the U.S. Open, sports agent Myron Bolitar investigates the killing and uncovers a connection between the two players and a six-year-old murder at an exclusive mainline club. As Myron is drawn into the case—along with a dirty U.S. senator, a jealous mother, and the mob—he finds himself caught between a killer and the truth.

Harlan Coben is the winner of the Edgar, Shamus, and Anthony awards. His critically acclaimed novels have been published in forty-one languages around the world and have been number one bestsellers in more than half a dozen countries. In addition to the Myron Bolitar series (Deal Breaker, Drop Shot, Fade Away, Back Spin, One False Move, The Final Detail, Darkest Fear, Promise Me, Long Lost, and Live Wire), Coben is also the author of the young adult Mickey Bolitar series including Shelter and Seconds Away, and of Miracle Cure, Play Dead, Tell No One, Gone for Good, No Second Chance, Just One Look, The Innocent, The Woods, Hold Tight, Caught, and Stay Close.

Praise for Harlan Coben and his Myron Bolitar novels

“A gifted storyteller . . . Mystery just comes along for the ride.”—Denver Post