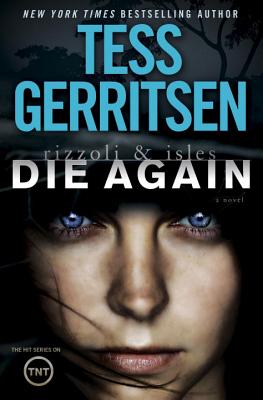 NEW YORK TIMES BESTSELLER
Detective Jane Rizzoli and medical examiner Maura Isles are back and they re going into the wild to find a killer. Die Again is the latest heart-pounding thriller in Tess Gerritsen sbestselling series, the inspiration behind TNT's hit show Rizzoli & Isles.

When Boston homicide detective Jane Rizzoli and medical examiner Maura Isles are summoned to a crime scene, they find a killing worthy of the most ferocious beast right down to the claw marks on the corpse. But only the most sinister human hands could have left renowned big-game hunter and taxidermist Leon Gott gruesomely displayed like the once-proud animals whose heads adorn his walls. Did Gott unwittingly awaken a predator more dangerous than any he's ever hunted?
Maura fears that this isn t the killer's first slaughter, and that it won t be the last. After linking the crime to a series of unsolved homicides in wilderness areas across the country, she wonders if the answers might actually be found in a remote corner of Africa.
Six years earlier, a group of tourists on safari fell prey to a killer in their midst. Marooned deep in the bush of Botswana, with no means of communication and nothing but a rifle-toting guide for protection, the terrified tourists desperately hoped for rescue before their worst instincts or the wild animals prowling in the shadows could tear them apart. But the deadliest predator was already among them, and within a week, he walked away with the blood of all but one of them on his hands.
Now this killer has chosen Boston as his new hunting ground, and Rizzoli and Isles must find a way to lure him out of the shadows and into a cage. Even if it means dangling the bait no hunter can resist: the one victim who got away.
Advance praise for Die Again

With Die Again, Tess Gerritsen proves that she is still at the top of her game. I love this fantastically gripping story and can t wait for more. Karin Slaughter
Tess Gerritsen always delivers, and this is Gerritsen at her dark, addictive best. What gives Die Again its peculiar charge is the idea, never far from the surface, that we humans are predatory animals like any other. Perhaps we should not be so surprised to find hunters among us. William Landay
Animal instinct turns savage and man is an animal. A Rizzoli and Isles thriller is a guaranteed great read, but this time out Gerritsen really brings on the scary Sandra Brown

Tess Gerritsen once again proves her masterful dominance in stories delving into the criminal mind and forensic sciences. Die Again left me breathless as Rizzoli and Isles investigate a horrific murder, one with ties to an unsolved massacre in years past. Here is a story both harrowing and as intellectually sharp as a dagger's edge. I dare you to try to stop reading this once you ve started. James Rollins
Harrowing Seamlessly melding the gritty streets of Boston with the golden plains of Africa, Tess Gerritsen sets up a cunning predator who's spent years perfecting his game. Now enter Rizzoli and Isles, two of Boston's best determined to catch one of the world's worst in a battle of wits where only the strong can survive. This is Tess Gerritsen at her finest Lisa Gardner

New York Times bestselling author Tess Gerritsen earned international acclaim for her first novel of suspense, Harvest. She introduced detective Jane Rizzoli in The Surgeon (2001) and Dr. Maura Isles in The Apprentice (2002) and has gone on to write numerous other titles in the celebrated Rizzoli & Isles series, including The Mephisto Club, The Keepsake, Ice Cold, The Silent Girl, Last to Die, and Die Again. Her latest novel is the standalone thriller Playing with Fire. A physician, Tess Gerritsen lives in Maine.
or
Not Currently Available for Direct Purchase