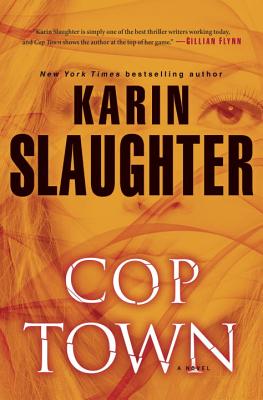 "NEW YORK TIMES "BESTSELLER
Karin Slaughter, author of thebestselling Will Trent novels, is widely acclaimed as one of the best crime novelists in America ("The Washington Post"). Now she delivers her first stand-alone novel: an epic story of a city in the midst of seismic upheaval, a serial killer targeting cops, and a divided police force tasked with bringing a madman to justice.
Atlanta, 1974: As a brutal murder and a furious manhunt rock the city's police department, Kate Murphy wonders if her first day on the job will also be her last. She's determined to defy her privileged background by making her own way wearing a badge and carrying a gun. But for a beautiful young woman, life will be anything but easy in the macho world of the Atlanta PD, where even the female cops have little mercy for rookies. It's also the worst day possible to start given that a beloved cop has been gunned down, his brothers in blue are out for blood, and the city is on the edge of war.
Kate isn t the only woman on the force who's feeling the heat. Maggie Lawson followed her uncle and brother into the ranks to prove her worth in their cynical eyes. When she and Kate, her new partner, are pushed out of the citywide search for a cop killer, their fury, pain, and pride finally reach the boiling point. With a killer poised to strike again, they will pursue their own line of investigation, risking everything as they venture into the city's darkest heart.
Relentlessly paced, acutely observed, wickedly funny, and often heartbreaking, "Cop Town" is Karin Slaughter's most powerful novel yet a tour de force of storytelling from our foremost master of character, atmosphere, and suspense.
Praise for "Cop Town"
""
Karin Slaughter is simply one of the best thriller writers working today, and"Cop Town"shows the author at the top of her game relentless pacing, complex characters, and gritty realism, all set against the backdrop of a city on the edge. Slaughter's eye for detail and truth is unmatched. . . . I d follow her anywhere. Gillian Flynn
"Cop Town "proves Karin Slaughter is one of America's best writers. . . . She pulls her readers into a twisted tale of mystery and keeps them fascinated from start to finish. "The Huffington Post"
Stunning . . . Karin Slaughter breaks new ground with this riveting story. If you haven t yet read her, this is the moment. Michael Connelly
Compulsively readable . . . will have your heart racing. "O: The Oprah Magazine"
""
Intense . . . engrossing . . . evocative . . . Karin Slaughter s] first stand-alone novel has] a gritty, action-packed plot and strong, believable characters. Associated Press
Slaughter graphically exposes the rampant racism, homophobia, and misogyny of cop culture in the 1970s. . . . Winning leads, the retro setting, and a riveting plot make this one of Slaughter's best. "Booklist "(starred review)
Superb . . . explosive . . . "Cop Town"] is sure to win over readers new to Slaughter's work while reminding old fans of her enormous talent. "Library Journal "(starred review)
Evocative writing . . . amazing characters . . . with edge-of-your-seat suspense and a riveting plot . . . Slaughter's first stand-alone book is a knockout. "RT Book Reviews"

“Karin Slaughter is simply one of the best thriller writers working today, and Cop Town shows the author at the top of her game—relentless pacing, complex characters, and gritty realism, all set against the backdrop of a city on the edge. Slaughter’s eye for detail and truth is unmatched. . . . I’d follow her anywhere.”—Gillian Flynn

“Stunning . . . In Karin Slaughter’s first stand-alone novel, she breaks new ground with this riveting story of two young police officers trying to stop a serial killer targeting cops. Her characters, plot, and pacing are unrivaled among thriller writers and if you haven’t yet read her, this is the moment.”—Michael Connelly

“A masterpiece . . . Much more than a thriller . . . Karin Slaughter’s unforgettable female characters and stunning evocation of time and place make Cop Town one of the most powerful and moving reads of recent memory.”—Kathryn Stockett

Praise for the crime fiction of Karin Slaughter

“Will both delight and surprise even the jaded suspense fan.”—Associated Press

Karin Slaughter is the "New York Times" and #1 internationally bestselling author of numerous thrillers, including "Cop Town, Unseen, Criminal, Fallen, Broken, Undone, Fractured, Beyond Reach, Triptych, " "Faithless, "and the e-original short stories Snatched and Busted. She is a native of Georgia."
Loading...
or
Not Currently Available for Direct Purchase