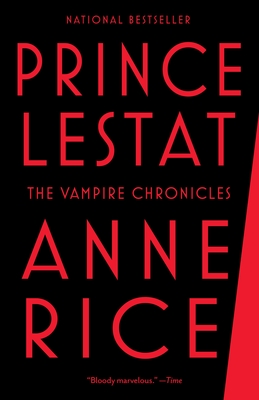 NATIONAL BESTSELLER • “Rice allows [her vampires] to do what they do best: wreak havoc and evoke terror. All while impeccably dressed.” —The Washington Post

The vampire world is in crisis ... Old vampires, roused from deep slumber in the earth, are doing the bidding of a Voice commanding that they indiscriminately burn their kin in cities across the globe, from Paris to Mumbai, Hong Kong to San Francisco. Left with little time to spare, a host of familiar characters including Louis de Pointe du Lac, Armand, and even the vampire Lestat, must embark on a journey to discover who—or what—is driving this mysterious being.

“Rice allows [her vampires] to do what they do best: wreak havoc and evoke terror. All while impeccably dressed.” —The Washington Post

“Reminds us just how immense and rich . . . Rice’s universe of poetic, morally questioning vampires is.” —Elle

“The thinking-person’s vampire story. . . . Reads like a house on fire.” —Bookreporter

“No one does what Anne Rice does . . . . Fun, sexy, and irresistible.” —January magazine

ANNE RICE is the author of thirty-seven books. She died in 2021.
Loading...
or support indie stores by buying on
(This book is on backorder)