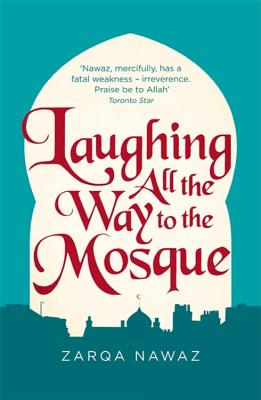 Laughing All the Way to the Mosque

The Misadventures of a Muslim Woman

Being a practicing Muslim in the West is sometimes challenging, sometimes rewarding and sometimes downright absurd. How do you explain why Eid never falls on the same date each year; why it is that Halal butchers also sell teapots and alarm clocks; how do you make clear to the plumber that it's essential the toilet is installed within sitting-arm's reach of the tap?

Zarqa Nawaz has seen and done it all.

And it's not always easy to get things right with the community either: Zarqa tells of being asked to leave the DBW (Dead Body Washing) committee after making unsuitable remarks; of undertaking the momentous trip to Mecca with her husband, without the children, thinking (most incorrectly) that it will also be a nice time to have uninterrupted sex; of doing the unthinkable, and creating Little Mosque on the Prairie, a successful TV sitcom about that very (horrified, then proud) community.

You have to laugh.


Praise For Laughing All the Way to the Mosque: The Misadventures of a Muslim Woman…

A sort of Muslim Miranda—Sunday Times

She's sarcastic and irreverent but warm-hearted, and her writing has something of the great Nora Ephron's about it - she's witty and quick, but never takes herself too seriously—Independent

Nawaz tells it like it is in this hilarious, frank and enlightening memoir about growing up Muslim. The bit where, as a moody teenager, she decides to wear the hijab purely to 'out-Muslim' her mother is brilliant—Glamour

Muslim readers will find in Nawaz a passionate advocate for women's rights within the community and a fierce defender of her faith as one of peace. The non-Muslim reader will find her an accessible and entertaining guide to the practicalities of her religion—Telegraph

Zarqa Nawaz created Little Mosque on the Prairie for Canadian television, and has spent much of the past six years writing comedy pilots for ABC, CBS, NBC and FOX, and touring the world as a sought-after public speaker. She has been interviewed or profiled by CNN, the BBC, the New York Times and Al Jazeera. She lives in Regina with her family.