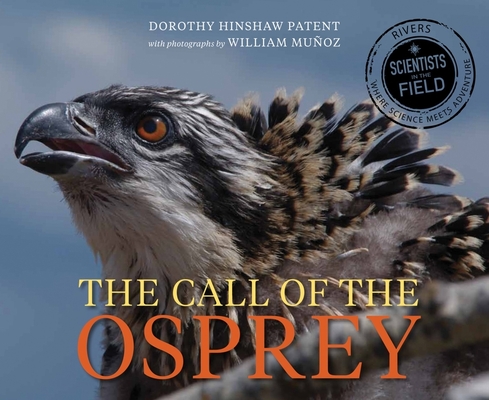 Call of the Osprey (Scientists in the Field Series)

A stunning exploration of the mercury pollution in Montana that causes harm to humans and ospreys alike. Engrossing narrative nonfiction with fun webcam photos makes for an engaging addition to the award-winning Scientists in the Field series.

This meticulously researched and photographed account follows three University of Montana scientists and their interdisciplinary work with ospreys: fish-catching birds with gigantic nests and a family that functions with teamwork and cooperation. In Missoula, Montana, the scientists have been following ospreys for six years, collecting data on the amount of contaminants, including mercury, found on their feathers and in their blood. The water in western Montana still suffers effects from mining activities performed more than a hundred years ago, and this pollution is still dangerous. Because the osprey hunts in a very small area, scientists can pinpoint where mercury is coming from and work to keep the ospreys, and the people, safer.


Praise For Call of the Osprey (Scientists in the Field Series)…

"The pages are filled with current and historical photographs...Patent introduces readers to field and laboratory research conducted by scientists."
—Horn Book Magazine

"Patent's lucid prose and Muñoz's clear color photos work together to document the efforts of the Montana Osprey Project... An exciting addition to a stellar series."
—School Library Journal

"There are many threads to this particular story in the Scientists in the Field series...Readers who prefer to shortcut straight to the birds themselves will be particularly pleased not only with the myriad photographs but also with inserts on the nesting pairs."
—Bulletin

Dorothy Hinshaw Patent holds a Ph.D. in zoology from the University of California, Berkeley. She lives with her husband in Missoula, Montana.
dorothyhinshawpatent.com

William Muñoz is a children's book photo-illustrator. He graduated from the University of Montana with a degree in history. He has provided photographs for more than 80 books. He lives in Montana with his family.