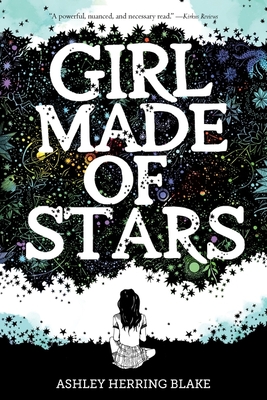 Girl Made of Stars

Girl Made of Stars is a timely, emotionally gripping story about facing hard truths of consent and victim blaming in the aftermath of sexual assault, while shining a light on the story of a survivor with sensitivity and hope. For fans of Girl in Pieces and The Way I Used to Be.

Mara and Owen are as close as twins can get, so when Mara’s friend Hannah accuses Owen of rape, Mara doesn't know what to think. Can her brother really be guilty of such a violent act? Torn between her family and her sense of right and wrong, Mara feels lost, and it doesn’t help that things are strained with her ex-girlfriend, Charlie. As Mara, Hannah, and Charlie come together in the aftermath of this terrible crime, Mara must face a trauma from her own past and decide where Charlie fits into her future.

Confronting difficult questions surrounding consent, victim blaming, and sexual assault, Girl Made of Stars is a timely, emotionally gripping novel that shines a light on the story of a survivor with sensitivity and hope.

Praise For Girl Made of Stars…

“A stunningly good, important book.”— Becky Albertalli, author of Simon vs. the Homo Sapiens Agenda, now a major motion picture   "Unforgettable in its candor...Blake’s timely and gripping contribution is a nuanced he-said, she-said story with a fierce feminist bent."--Booklist, ?STARRED review   "A compassionate and engaging novel about what it means to tell your truth, no matter how painful it might be. A must-read for all YA shelves."--School Library Journal, STARRED review   "Mara’s bisexuality and Charlie’s closeted nonbinary gender are examples not only of well-crafted representation but of vital nuance as Mara navigates the present while coming to terms with her past. Blake strives admirably and with resounding success for emotional authenticity while shedding light on issues of consent, trauma, relationships, and identity."--Horn Book Magazine   "A powerful, nuanced, and necessary read."--Kirkus    —

Ashley Herring Blake used to write songs and now she writes books, including Suffer Love and How to Make a Wish. She reads them a lot too and has been known to stare wistfully at her bookshelves. She lives in Nashville, TN with her husband and two sons. www.ashleyherringblake.com
Twitter: @ashleyhblake
Instagram: @ashleyhblake