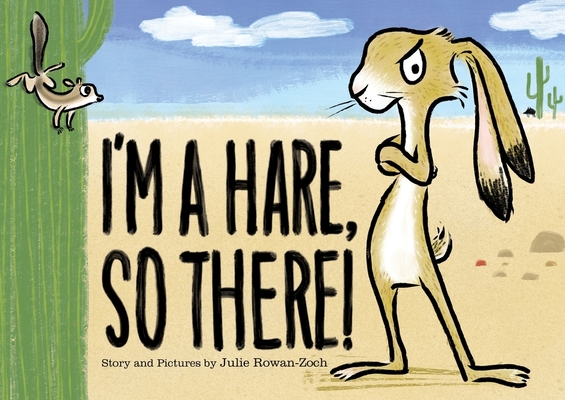 An exasperated hare and plucky squirrel engage in a battle of wits to determine who’s who in this hilarious author-illustrator debut for fans of I Yam a Donkey and Grumpy Monkey.

When a chipmunk mistakes Hare for a rabbit, Hare puts him in his place. But actually, the chipmunk is a SQUIRREL. Or so he says.

Ever wondered about the difference between a turtle and a tortoise? Or a sheep and goat? So have Rabbit and Chipmunk—er, I mean, Hare and Squirrel! This hilarious look at dynamic duos in the animal kingdom pokes fun at the lookalike animals we all love, while delivering a gentle lesson on appreciating differences and standing up for what you know to be true about yourself.

"This clever rumination on the differences between commonly mixed-up animals is a sneakily educational readaloud."—BCCB

"For anyone a bit hazy on the differences between a rabbit and a hare, a tortoise and a turtle, or, for that matter, a hog and a javelina, this cactus-country confab begins to clear things up."—Booklist