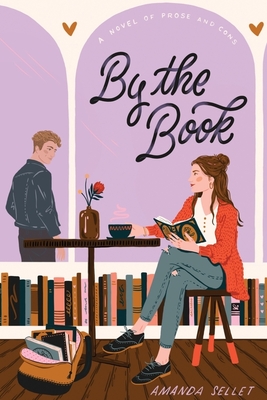 In this clever YA rom-com debut perfect for fans of Kasie West and Ashley Poston, a teen obsessed with nineteenth-century literature tries to cull advice on life and love from her favorite classic heroines to disastrous results—especially when she falls for the school’s resident Lothario.

Mary Porter-Malcolm has prepared for high school in the one way she knows how: an extensive review of classic literature to help navigate the friendships, romantic liaisons, and overall drama she has come to expect from such an “esteemed” institution. When some new friends seem in danger of falling for the same tricks employed since the days of Austen and Tolstoy, Mary swoops in to create the Scoundrel Survival Guide, using archetypes of literature’s debonair bad boys to signal red flags. But despite her best efforts, she soon finds herself unable to listen to her own good advice and falling for a supposed cad—the same one she warned her friends away from. Without a convenient rain-swept moor to flee to, Mary is forced to admit that real life doesn’t follow the same rules as fiction and that if she wants a happy ending, she’s going to have to write it herself.

Praise For By the Book…

"Delightful.... Amid the brief diary entries and opulent prose, Sellet manages to hide a clever and biting social commentary in Mary's point of view. One doesn't need intimate familiarity with the classics to enjoy By the Book, but the more you know, the more you'll laugh." —NPR.org

★ "In this refreshing first novel, Sellet manages the large cast of characters well, while portraying the protagonist’s big family, her small circle of friends, and her first romance with considerable wit and insight. As Mary struggles with the practical and emotional troubles arising from her many mistakes, her rueful, self-deprecating narrative is sometimes impossible to read without laughing out loud. A smart, engaging romance."
—Booklist, STARRED review

"A sweet story with a focus on family and friendships."—Kirkus

"Put in the hands of readers who love a smart and precocious cast of characters, reminiscent of Amy Heckerling’s film Clueless." —School Library Journal

Debut author Amanda Sellet had a previous career in journalism, during which she wrote book reviews for The Washington Post, personal essays for NPR, and music and movie coverage for VH1. She has an M.A. in Cinema Studies from NYU and spent a year in England as au pair to an actress who has played in her share of period dramas. These days she lives in Kansas with her archaeologist husband and their daughter.
Loading...
or support indie stores by buying on