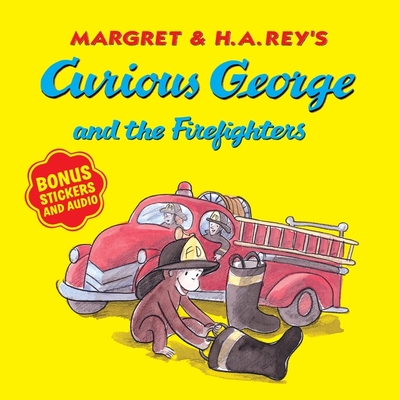 Curious George and the Firefighters (with bonus stickers and audio)

George and the man with the yellow hat join a school field trip to the firehouse, where George finds all sorts of new things to explore. There are helmets, uniforms, and even a big red fire truck! This curious monkey meets a company of unsuspecting firefighters, and when the fire alarm goes off, the firefighters are off to the rescue. George is ready to join them, but what can he do to help?