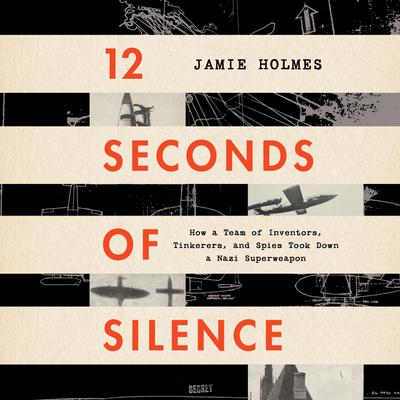 The riveting story of the American scientists, tinkerers, and nerds who solved one of the biggest puzzles of World War II—and developed one of the most powerful weapons of the war.?

12 Seconds of Silence is the remarkable, lost story of how a rag tag group of American scientists overcame one of the toughest problems of World War II: Shooting things out of the sky.

Working in a secretive organization known as Section T, a team of physicists, engineers, and everyday Joes and Janes created one of the world’s first “smart weapons”—the proximity fuse. The tiny gadget allowed an artillery shell to “know” when to explode to bring down an aircraft. Against overwhelming odds and in a race against time, mustering every scrap of resource, ingenuity, and insight, the scientists of Section T would eventually save countless lives, rescue the city of London from the onslaught of a Nazi superweapon, and help bring about the Axis defeat. A holy grail sought after by Allied and Axis powers alike, the fuse ranks with the atomic bomb as one of the most revolutionary technologies of the Second World War. Until now, its tale was largely untold.