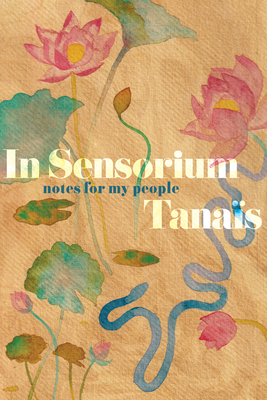 Notes for My People

From the critically acclaimed author of Bright Lines comes a brilliant and expansive collection of meditations on the history of South Asia through the lens of our most primordial yet sense: scent.

TANAÏS is a perfumer and author of the critically acclaimed novel Bright Lines, which was a finalist for the Center for Fiction First Novel Prize, the Edmund White Debut Fiction Award, and the Brooklyn Eagles Literary Prize. They have written for Elle, VICE, New York Magazine, Literary Hub, Catapult and them. They are a graduate of Vassar College and Brooklyn College MFA, and the recipient of fellowships from MacDowell Colony, the American India Foundation and Voices of Our Nations. Over the course of their career, they have worked as a community organizer, domestic violence court advocate, probation intake officer, and taught arts in New York City high schools. In 2014, they began studying perfumery, eventually starting a successful independent beauty and fragrance brand, the acclaimed Hi Wildflower. Recently, they launched a podcast and perfume anthology called MALA: Blooms & Bad Women. They live in Brooklyn.
Loading...
or
Not Currently Available for Direct Purchase