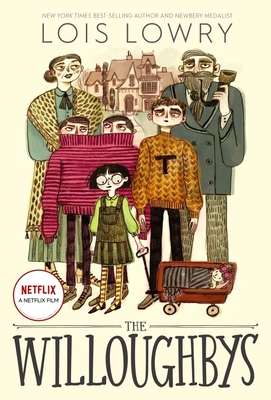 This "sparklingly smart" (Kirkus, starred review) and "hilarious" (Booklist, starred review) story follows four children in an old-fashioned kind of family with parents that—well, they're not all that one would hope for.

The Willoughbys—Timothy; the twins, Barnaby A and Barnaby B; and their sister, Jane—concoct a diabolical plot to turn themselves into worthy and winsome orphans. Little do they know that Mr. and Mrs. Willoughby, their odious mother and father, have already begun to formulate their own thoroughly despicable plan. Soon a stern nanny, an abandoned baby, a candy magnate and his long-lost son, and even a Swiss postman are pulled into the Willoughby children's schemes to escape their mother and father and live happily ever after...or something like that.

Replete with a tongue-in-cheek glossary and bibliography, this hilarious parody pays playful homage to classic works of children’s literature with a fresh twist sure to please.


Praise For The Willoughbys…

* "Lois Lowry, who casts her noble and enviable shadow wide across the landscape of children's literature, from fantasy to realism, here turns her quick, sly gaze to parody, a word which in this case means 'a short novel mocking the conventions of old-fashioned children's books stuffed with orphans, nannies and long-lost heirs.'"—Publishers Weekly, starred review, written by Lemony Snicket

* "With this fey venture into kiddie Gothic, the august two-time Newbery winner and author of the beloved Anastasia Krupnik series proves that a writer can always reinvent herself....Readers who are willing to give themselves up entirely to the sly foolishness will relish this sparklingly smart satire, which treats them with collegial familiarity."—Kirkus Reviews, starred review
or support indie stores by buying on
Copyright © 2020 American Booksellers Association