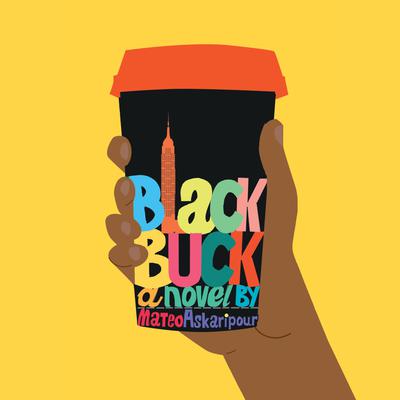 “Perhaps I have a different perspective on this book because I have a younger brother who is a Black, 20-something man in sales, but this book presents an evocative, honest, complex portrait of being a BIPOC person in a white-dominant workplace (albeit one that is high-powered, sales-driven, and New York City-based). This is a book that allows a reader to be seen if this is their experience, but also for a reader to learn about a different reality if this is not their own. Black Buck is a tightly woven, contemporary debut from an author to watch.”
— BrocheAroe Fabian, River Dog Book Co., Beaver Dam, WI
View the List

A crackling, satirical debut novel about a young man given a shot at stardom as the lone black salesman at a mysterious, cult-like, and wildly successful startup where nothing is as it seems

There’s nothing like a black salesman on a mission.

After enduring a “hell week” of training, Darren, the only black person in the company, reimagines himself as “Buck,” a ruthless salesman unrecognizable to his friends and family. But when things turn tragic at home and Buck feels he’s hit rock bottom, he begins to hatch a plan to help young people of color infiltrate America’s sales force, setting off a chain of events that forever changes the game.

MATEO ASKARIPOUR was a 2018 Rhode Island Writers Colony writer-in-residence, and his writing has appeared in Entrepreneur, Lit Hub, Catapult, The Rumpus, Medium, and elsewhere. He lives in Brooklyn, and his favorite pastimes include bingeing music videos and movie trailers, drinking yerba mate, and dancing in his apartment. Black Buck is his debut novel. Follow him on Twitter and Instagram at @AskMateo.