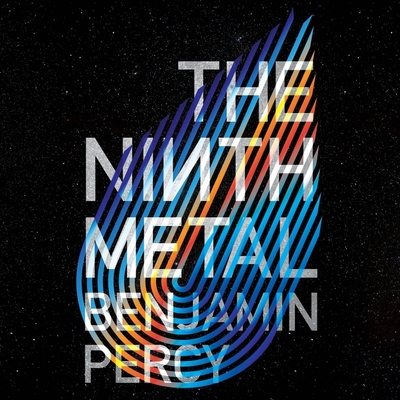 The Ninth Metal (The Comet Cycle)

From award-winning author Benjamin Percy comes an explosive, breakout speculative thriller in which a powerful new metal arrives on Earth in the wake of a meteor shower, triggering a massive new “gold rush” in the Midwest and turning life as we know it on its head. The first of a cycle of novels set in a shared universe.

It began with a comet. When it came into view on a close pass by Earth, people took off work, gathering on sidewalks and in parking lots to watch it burn by. One year later, Earth spun into the debris field the comet left behind. The worldwide effects of the meteor shower are yet to be known, but in the first book of the Comet Cycle, Minnesota seemed to bear the brunt of the damage: meteors annihilated barns and silos, cratered pastures and hardwood forests, tore up county highways, and evaporated one small town in an instant.

At first, it is a colossal disaster. Until the people of Minnesota notice deposits of unusual metal in the comet’s debris. Not gold, silver, copper, tin, iron or any of the noble metals, it’s a previously unknown ninth metal: omnimetal. With high-density charging capabilities and conductive properties that can change the world as an energy source, the deposit might be the best thing that ever happened to the northern section of the state, where the economy has been dying for a long time. Or it might be the worst.

It is then that the “gold rush” begins. Farmers sell their metal-rich land for millions. Comet-worshipping cults set up compounds and repeat the phrase “Metal is” as their mantra. Roughnecks flood the town, hungry for work and trouble. Prostitutes flourish. Businesses rise. Families are divided. Saudis bid against the Chinese on land grabs. Bodies lie in shallow graves. As witnessed when oil was discovered in the Bakken Formation of North Dakota, the heartland in our story goes from the middle of nowhere to the center of everything. And one family—the Frontiers—hopes to control it all.

BENJAMIN PERCY has won a Whiting Award, a Plimpton Prize, two Pushcart Prizes, and a grant from the National Endowment for the Arts. He is the author of the novels The Dead Lands, Red Moon, and The Wilding, three story collections, and an essay collection, Thrill Me. He also writes the Green Arrow and Teen Titans series for DC Comics. He lives in Minnesota with his family.
Loading...
or support indie stores by buying on