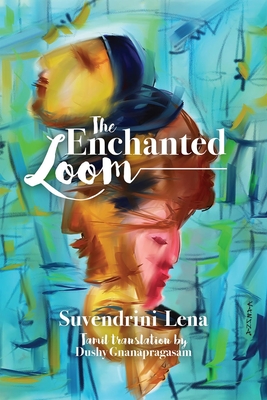 The Sri Lankan civil war has left many scars on Thangan and his family, most noticeably the loss of his eldest son and the crippling epileptic seizures brought on by his torture. As the final days of the war play out, the family bears witness from their new home of Toronto. Thangan's other son Kanan comes home from a protest, shaken that someone referred
to him by his brother's name. His young daughter Kavitha innocently dances around with a mysterious pair of anklets that she found. And Thangan's wife Sevi is consumed with feeling responsible for her broken family. Amidst the ongoing trauma, the family is faced with the possibility of Thangan undergoing neurological surgery. Will the surgery give them a
chance to heal, or will it cause even more pain?

Suvendrini Lena is a playwright and neurologist. She works at the Centre for Addiction and Mental Health and the Centre for Headache at Women's College Hospital. She is a lecturer in psychiatry and neurology at the University of Toronto. Suvendrini also teaches a course called Staging Medicine, a collaboration between the Theatre Centre and University of Toronto Postgraduate Medical Education. Dushy Gnanapragasam received his initiation into theatre at St. Henry's College, in Illavalai, Sri Lanka, and has been an integral part of the vibrant Tamil theatre scene in Toronto for over twenty years. Translations of his include Harold Pinter's New World Order, Mario Fratti's The Satraps, and Ivan Turgenev's Broke. Off stage, he writes and translates for Thaiveedu, a Tamil monthly with a heavy focus on the arts.
Loading...
or
Not Currently Available for Direct Purchase