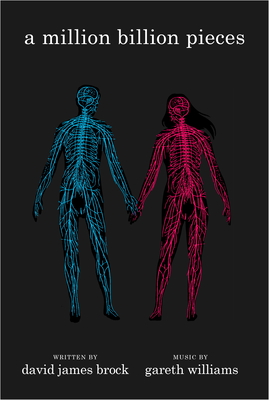 It's time to make every moment count.

Sixteen-year-olds Pria and Theo--or as they know each other online, the aspiring opera singer PriaSoprano and outer-space aficionado Eagle19--have decided to have sex. There's just one catch... they both have life-threatening genetic disorders that may cause them to explode from one another's touch. But they won't know what will happen until they try. Sick of being told what to do their whole lives, they rebel against their reality and meet at a motel. But while Pria is more or less accepting of her fate, Theo has hopes for the future, and what was planned as a simple meeting becomes much more intimate as they open up about their experiences. The fate of their lives comes down to one decision...

This teen romance space opera explores our willingness to live, what it means to belong, and the necessity of emotional and physical relationships.

David James Brock is a playwright, poet, and librettist whose work has been performed in cities across Canada, the US, and the UK. He is a past winner of the Herman Voaden Canadian National Playwriting Award for his play Wet. Brock is the author of two poetry collections, Everyone is CO2 and Ten-Headed Alien (Wolsak & Wynn). For Scottish Opera, Brock co-created Breath Cycle, a multimedia operatic song cycle developed with cystic fibrosis patients, which was nominated for a Royal Philharmonic Society Award. With Mike Haliechuk, he co-wrote the opera Year of the Horse. He lives in Toronto. Northern Irish composer Gareth Williams lives in Edinburgh, Scotland, where he makes work that seeks to find new participants, collaborators, and audiences for opera and music theatre to shed light on stories and communities that have been overlooked, and to explore ideas of vulnerability in vocal writing. His music is often site-specific and responsive, with performances happening in lighthouses, whisky distilleries, nuclear bunkers, and libraries. From 2015 to 2018, Williams collaborated with Oliver Emanuel to create the critically acclaimed 306 Trilogy, a collection of music theatre works telling the story of the British soldiers shot for cowardice during WWI, produced by the National Theatre of Scotland. The album from the trilogy, Lost Light: Music from the 306, was released in 2020. Rocking Horse Winner, produced by Tapestry Opera, was nominated for nine Dora Mavor Moore Awards in 2017, winning five, including Outstanding Musical Production. The opera was recorded and released in 2020 by Tapestry Opera. Currently, Gareth lectures in composition at the University of Edinburgh, and is working on new operas and musicals, as well as a new album as a singer-songwriter.
Loading...
or support indie stores by buying on