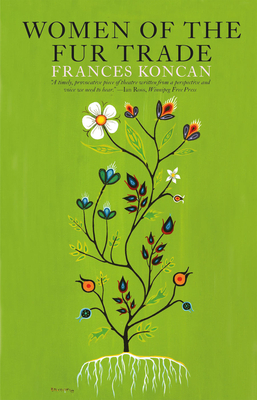 Women of the Fur Trade

In eighteen hundred and something something, somewhere upon the banks of a Reddish River in Treaty One Territory, three very different women with a preference for twenty-first century slang sit in a fort sharing their views on life, love, and the hot nerd Louis Riel.

Marie-Angelique, a Metis Taurus, is determined to woo Louis (a Metis Libra)--who will be arriving soon--by sending him boldly flirtatious letters. Eugenia, an Ojibwe Sagittarius, brings news of rebellion back to the fort after trading, but isn't impressed by Louis's true mediocre na- ture. And Cecilia, a pregnant British Virgo, is anxiously waiting on her husband's return from an expedition, but can't resist pining over the heartthrob Thomas Scott (Irish Capricorn), who is actually the one secretly responding to Marie-Angelique's letters. This will all go smoothly, right?

This lively historical satire of survival and cultural in- heritance shifts perspectives from the male gaze onto women's power in the past and present through the lens of the rapidly changing world of the Canadian fur trade.

Frances Koncan is a writer of mixed Anishinaabe and Slovene descent from Couchiching First Nation in Treaty 3 territory, and currently living and working on Treaty 1 territory in Winnipeg, Manitoba. She learned to write by fighting with adults on the Internet in the late '90s before Internet safety was a consideration. Their theatrical career began in 2007 when they saw a production of The Threepenny Opera starring Alan Cumming and he accidently touched her shoulder. In her free time, she likes playing video games and adding expensive luxury goods to her online shopping cart with no intention of ever checking out.
Loading...
or support indie stores by buying on