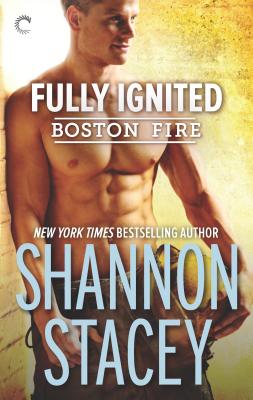 "Fully Ignited was completely captivating, heartwarming and with a good dose of sensual sexiness making it a fantastic addition to Ms. Stacey's Boston Fire series." --Guilty Pleasures Book Reviews From New York Times bestselling author SHANNON STACEY Meet the tough, dedicated men of BOSTON FIRE--and the women who turn their lives upside down
When Jamie Rutherford takes a temporary assignment as lieutenant of Boston Fire's Engine 59, she doesn't anticipate any problems. She's been in the fire service for a long time and, even though she's fairly new to Boston, she knows how to make any firehouse her home. What she's not prepared for is her reaction to firefighter Scott Kincaid. Scott is looking for a wife. It's been a fun ride as a single guy, but he's tired of being the third wheel, and nearly losing his brother-in-law finally made him realize just how much he wants a family of his own. When the new guy at the firehouse turns out to be a capable, confident and very attractive woman, his plan is completely derailed. Hooking up with a fellow firefighter has never been part of Jamie's plan, but she's tempted by Scott--even though getting involved with him could tarnish the reputation she's worked so hard for. And Scott can't stop thinking about Jamie, despite the fact that she's his superior and not sticking around. Chemistry can crush the best-laid plans, though, and while Jamie and Scott might not be each other's future...there's no resisting the right now. Don't miss the entire Boston Fire series by Shannon Stacey Heat Exchange, Controlled Burn and Hot Response are available now