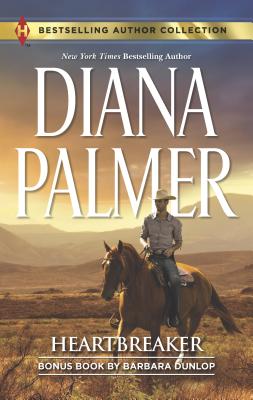 Heartbreaker & in Bed with the Wrangler

A 2-In-1 Collection (Bestselling Author Collection)

STONE-COLD COWBOY Wealthy Texas cattle rancher J. B. Hammock was proud of his reputation as a heartbreaker. He treated his women well, but they all knew they would never have a permanent status in his life--all but one. Innocent Tellie Maddox had been just a girl when she'd been orphaned and had come to live with his family. She was fiercely devoted to J.B., but when that devotion turned into something passionate between them, J.B. knew he had to break yet another heart. Tellie hated him for that--until she lost her memory in an accident. Now all she remembered was the closeness she and J.B. once shared. He didn't want to hurt her all over again, but it quickly became clear that there was too much fire between him and Tellie for them to ever just be friends. And the deeper their feelings grew, the more J.B. feared the inevitable return of Tellie's memory.... BONUS BOOK INCLUDED IN THIS VOLUME In Bed with the Wrangler by USA TODAY bestselling author Barbara Dunlop Amber Hutton knew falling into wrangler Royce Ryder's bed would only be asking for trouble. Though with just one touch from the wealthy playboy, she knew trouble had already found her.