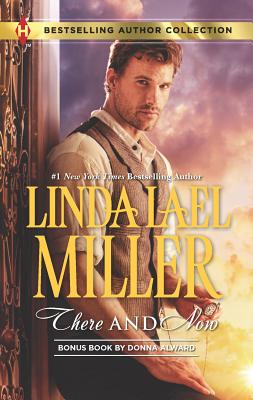 After her divorce was finalized, Elisabeth McCartney felt adrift, lost. So she decided to escape to her centuries-old family home. People in Pine River had said the house was haunted, but Elisabeth never believed them. Until one night when she heard the voice of a child. She followed the voice...all the way back to 1892. Elisabeth wasn't prepared to be thrust into a Victorian world. Nor was she prepared for the emotional pull she felt for widower Jonathan Fortner and his daughter, Trista. And yet Elisabeth knew she didn't belong in his time and they could never be together. She also knew that tragedy was in Jonathan and Trista's future. If she stayed in the past, she could save them. But would that mean that they were destined to be separated by time?

The daughter of a town marshal, Linda Lael Miller is the author of more than 100 historical and contemporary novels. Now living in Spokane, Washington, the \u201cFirst Lady of the West\u201d hit a career high when all three of her 2011 Creed Cowboy books debuted at #1 on the New York Times list. In 2007, the Romance Writers of America presented her their Lifetime Achievement Award. She personally funds her Linda Lael Miller Scholarships for Women. Visit her at www.lindalaelmiller.com.

Donna Alward has the best job in the world: a combination of stay-at-home mother and romance novelist. In 2001 she penned her first novel, and found herself hooked on writing romance. In 2006 she sold her first manuscript, and now writes heartwarming Romances from her home in Nova Scotia, Canada. Donna loves to hear from readers; you can contact her through her website at www.donnaalward.com or through her publisher.
Loading...
or
Not Currently Available for Direct Purchase