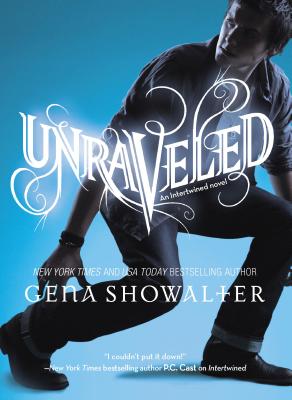 Since coming to Crossroads, Oklahoma, former outcast Aden Stone has been living the good life. Never mind that one of his best friends is a werewolf, his girlfriend is a vampire princess who hungers for his blood, and he's supposed to be crowned Vampire King--while still a human Well, kind of.

With four--oops, three now--human souls living inside his head, Aden has always been "different" himself. These souls can time-travel, raise the dead, possess another's mind and, his least favorite these days, tell the future.

The forecast for Aden? A knife through the heart.

Because a war is brewing between the creatures of the dark, and Aden is somehow at the center of it all. But he isn't about to lie down and accept his destiny without a fight. Not when his new friends have his back, not when Victoria has risked her own future to be with him, and not when he has a reason to live for the first time in his life....