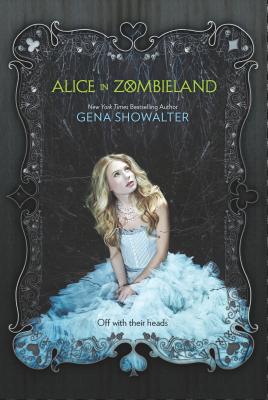 A modern-day Alice in Wonderland meets the undead... Alice in Zombieland, the first book in The White Rabbit Chronicles, introduces readers to a world newly overrun by zombies...and the one girl who may be able to save mankind. She won't rest until she's sent every walking corpse back to its grave. Had anyone told Alice Bell that her entire life would change course between one heartbeat and the next, she would have laughed. But that's all it took. One heartbeat. A blink, a breath, a second, and everything she knew and loved was gone. Her father was right. The monsters are real. To avenge her family, Ali must learn to fight the undead. To survive, she must learn to trust the baddest of the bad boys, Cole Holland. But Cole has secrets of his own, and if Ali isn't careful, those secrets might just prove to be more dangerous than the zombies. The White Rabbit Chronicles:
Alice in Zombieland
Through the Zombie Glass
The Queen of Zombie Hearts
A Mad Zombie Party


packed paranormal story with a

giddy focus on the push-and-pull attraction

between Ali and Cole and the nastier

side of the high school social scene.

The result is a zippy story with crossover

appeal that highlights the power of

"The action-oriented plot mixed with scenes of a passionate romance between Ali and Cole-and a new way to look at zombies (by fighting them in spirit form)-will be certain to delight fans of paranormal fantasy." --VOYA