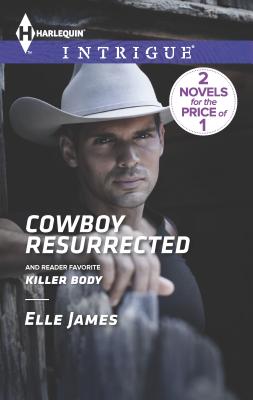 An expectant mother's protection is a cowboy's promise in Elle James's Covert Cowboys, Inc. miniseries Thorn Drennan stares death in the face when he's nearly shot by a ranch trespasser. But this is no ordinary trespasser. Pregnant and running for her life, Sophia Carranza has crossed the Mexican border, leaving a trail of ruthless enemies behind. Sophia's protection is Thorn's first assignment as an undercover agent and he senses trouble. Inexplicably drawn to Sophia's beauty and fighting spirit, Thorn fears his growing desire for Sophia could jeopardize the mission. And when Sophia's captors finally catch up to them, will Thorn trade his own life for another? 2 books for the price of 1 KILLER BODY also included in this book

Raised an Air Force brat, Elle James got her work ethic from her dad, creativity from mom and inspiration from her sister. As a member of the reserves, she's traveled, managed a career, and raised three children. She and her husband even raised ostriches and emus. Ask her what it's like to go toe-to-toe with a 350-pound bird!Former manager of computer programmers, Elle is happy to write full time in NW Arkansas."
Loading...
or
Not Currently Available for Direct Purchase