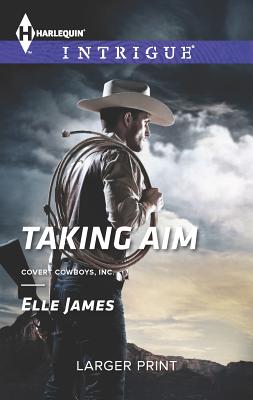 A kidnapping offers an FBI agent a second chance at redemption in Elle James's Covert Cowboys, Inc. miniseries. After witnessing the murder of his partner, former FBI agent Zach Adams suffers the weight of his own guilt. An unexpected assignment hunting down the members of the Texas gang responsible--who have kidnapped a local woman--could offer long-awaited revenge. Zach understands the danger of tracking the cartel, but it's his desire for the sister of the missing person that he fails to anticipate. Determined to find her twin, Jacie Kosart is as strong-willed as she is alluring. But when Zach's ruthless search for the kidnappers lands Jacie in the crosshairs of deadly enemies, Zach realizes he'll risk everything to keep her alive...even if it means confronting the demons of his own past.

Raised an Air Force brat, Elle James got her work ethic from her dad, creativity from mom and inspiration from her sister. As a member of the reserves, she's traveled, managed a career, and raised three children. She and her husband even raised ostriches and emus. Ask her what it's like to go toe-to-toe with a 350-pound bird!Former manager of computer programmers, Elle is happy to write full time in NW Arkansas."
Loading...
or
Not Currently Available for Direct Purchase