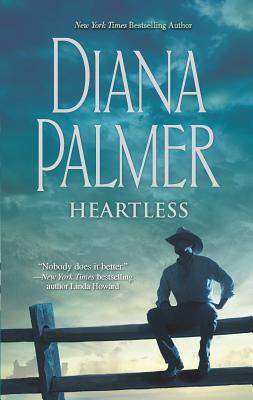 Secrets abound on a Texas ranch... As a teenager, Gracie worshipped her stepbrother, Jason, a strong, silent cowboy who left home early to seek his fortune. Now the wealthy owner of Comanche Wells ranch, Jason has finally come back home and discovered that the little girl he knew is all grown up. In a moment of unbridled passion, Jason realizes that he's falling for Gracie. But Gracie harbors a shameful secret that makes her deeply afraid to love. Stung by her rejection, Jason leaves, ready to put the past--and the one woman he can't have--behind him once more. Gracie thinks she's lost Jason forever. But when danger threatens her she can only hope that her long, tall Texan will come blazing home to save her.

Diana Palmer is renowned as one of North America\u2019s top ten romance writers. When she published her first novel in 1979, fans immediately fell in love with her sensual, charming romances. A die-hard romantic who married her husband five days after they met, Diana says that she wrote her first book at age thirteen and has been hooked ever since. Diana\u2019s hobbies include gardening, knitting, quilting, anthropology, astronomy and music."
or
Not Currently Available for Direct Purchase