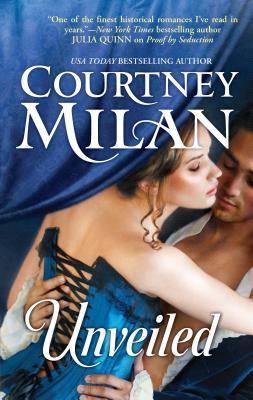 Ash Turner has waited a lifetime to seek revenge on the man who ruined his familyand now the time for justice has arrived. At Parford Manor, he intends to take his place as the rightful heir to the dukedom and settle an old score with the current duke once and for all. But instead he finds himself drawn to a tempting beauty who has the power to undo all his dreams of vengeance.
Lady Margaret knows she should despise the man who's stolen her fortune and her father's legacythe man she's been ordered to spy on in the guise of a nurse. Yet the more she learns about the new duke, the less she can resist his smoldering appeal. Soon Margaret and Ash find themselves torn between old loyaltiesand the tantalizing promise of passion.

Courtney Milan lives in the Pacific Northwest with her husband, an exuberant dog, and an attack cat. Before she started writing historical romance, Courtney experimented with various occupations, none of which stuck. Now, when she's not reading (lots), writing (lots), or sleeping (not enough), she can be found in the vicinity of a classroom. You can learn more about Courtney at http: //www.courtneymilan.com
Loading...
or
Not Currently Available for Direct Purchase