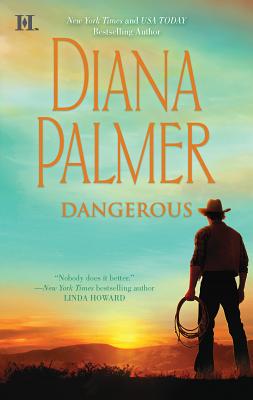 Tall, lean and headstrong, FBI agent Kilraven lives by his own rules. And one of those rules includes keeping his hands off Jacobsville's resident sweetheart, Winnie Sinclair, no matter the temptation. Shy and innocent, Winnie couldn't handle a man like him--a merciless man with a haunted past. And this small town may hold not only the woman he fights to resist, but the answers to a cold case that is very personal to Kilraven.... Winnie has had her own share of sorrow, and senses Kilraven's pain. Even though she tries to deny it, the gentle 911 operator feels a connection with the darkly handsome agent. As they combine forces in a dangerous investigation, the stakes rise ever higher. Winnie's life is on the line, and she'll need Kilraven more than ever. But if they are to have a future together, her ruthless Texan will need to confront his past and risk it all for their love.

Diana Palmer is renowned as one of North America\u2019s top ten romance writers. When she published her first novel in 1979, fans immediately fell in love with her sensual, charming romances. A die-hard romantic who married her husband five days after they met, Diana says that she wrote her first book at age thirteen and has been hooked ever since. Diana\u2019s hobbies include gardening, knitting, quilting, anthropology, astronomy and music."
or
Not Currently Available for Direct Purchase
Copyright © 2020 American Booksellers Association