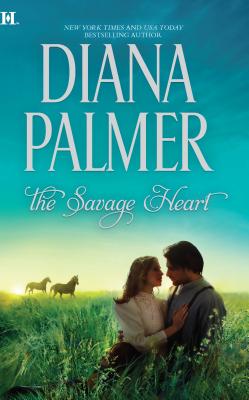 New York Times and USA TODAY bestselling author Diana Palmer presents a classic romance about a woman with big dreams and a man who has nothing left to believe in...except her Tess Meredith and Raven Following grew up on the beautiful, wild Montana plains. But their friendship and love were doomed by Raven's Sioux heritage...and his departure from the land of his people. In Chicago, he built a new life, haunted by thoughts of the lovely, spirited young girl he'd left behind. Until she arrived back in his world--bringing with her the past he'd tried to bury. But Tess had changed, too. She'd matured into a woman, and was determined to fight for her rights in society--and for the love of a man who felt he was savage at heart....

Diana Palmer is renowned as one of North America\u2019s top ten romance writers. When she published her first novel in 1979, fans immediately fell in love with her sensual, charming romances. A die-hard romantic who married her husband five days after they met, Diana says that she wrote her first book at age thirteen and has been hooked ever since. Diana\u2019s hobbies include gardening, knitting, quilting, anthropology, astronomy and music."

Praise For The Savage Heart…

"Palmer...is the queen of desperado quests for justice and true love."

"The popular Palmer has penned another winning novel, a perfect blend of romance and suspense."