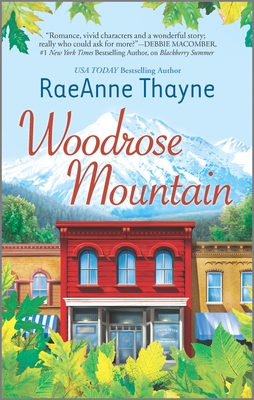 Evie Blanchard was at the top of her field in the city of angels. But when an emotional year forces her to walk away from her job as a physical therapist, she moves from Los Angeles to Hope's Crossing seeking a quieter life. So the last thing she needs is to get involved with the handsome, arrogant Brodie Thorne and his injured daughter, Taryn. A self-made man and single dad, Brodie will do anything to get Taryn the rehabilitation she needs...even if it means convincing Evie to move in with them. And despite her vow to keep an emotional distance, Evie can't help but be moved by Taryn's spirit, or Brodie's determination to win her help--and her heart. With laughter, courage and more than a little help from the kindhearted people of Hope's Crossing, Taryn may get the healing she deserves--and Evie and Brodie might just find a love they never knew could exist.

RaeAnne Thayne finds inspiration in the beautiful northern Utah mountains, where she lives with her husband and three children. Her books have won numerous honors, including three RITA Award nominations from the Romance Writers of America and a Career Achievement Award from RT Book Reviews magazine. RaeAnne loves to hear from readers and can be reached through her website at www.raeannethayne.com.
Loading...
or support indie stores by buying on
(This book is on backorder)