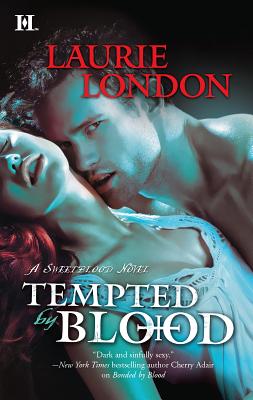 Deep within the forests of the Pacific Northwest, the battle for supremacy rages on between two Vampire coalitions:
Guardian enforcers sworn to protect humanity, and Darkbloods, rogues who kill like their ancient ancestors....
He might be known for his effortless charm, but Guardian Jackson Foss is hiding a terrible secret. For months, he has battled the emergence of his dark nature--deadly urges that threaten to consume him. And those cravings only intensify when he meets Arianna Wells, the human he's been assigned to protect. Smart and perceptive, Arianna doesn't seem like a dangerous temptress. Yet she awakens in Jackson an unstoppable need that, if left unchecked, will brand him a traitor...a crime punishable by death. But soon their bond may be Arianna's only hope. For stalking her in the shadows is a merciless enemy--one who will stop at nothing to claim her completely....

Praise For Tempted by Blood…

"Plenty of scintillating passion and character drama make this story an entertaining pleasure!"

Laurie London grew up near Seattle, Washington, and graduated from Western Washington University with a B.A. in Business Administration. After working as a programmer/tester and as an underwriter for a Fortune 500 company, Laurie now writes from her home in the Puget Sound area where she lives with her husband, two children, her faithful dog, and her horse.
Loading...
or
Not Currently Available for Direct Purchase