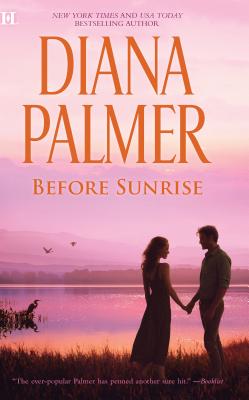 Since Jeremiah Cortez broke her heart, Phoebe Keller has devoted herself to her career. As an expert in Native American culture, she has her doubts when an anthropologist claims to have discovered priceless artifacts on a nearby reservation. But before Phoebe can pursue the matter, the professor in question turns up dead--and the FBI sends Cortez to investigate. Cortez thought he'd left the past behind him--especially his history with Phoebe. Once, she'd sparked his world-weary soul...but he'd had to walk away. Now, seeing the blonde beauty digs up feelings he'd thought buried for good. But he must keep his emotions in check--he has secrets...and one of them revolves around a child with eyes as dark as his own. As they find themselves entangled in a world of conspiracy and deception, they'll discover something more powerful than anything they've ever known--love.

Diana Palmer is renowned as one of North America\u2019s top ten romance writers. When she published her first novel in 1979, fans immediately fell in love with her sensual, charming romances. A die-hard romantic who married her husband five days after they met, Diana says that she wrote her first book at age thirteen and has been hooked ever since. Diana\u2019s hobbies include gardening, knitting, quilting, anthropology, astronomy and music."

Praise For Before Sunrise…

"The ever-popular Palmer has penned another sure hit." --Booklist

"Palmer knows how to make the sparks fly."

"Diana Palmer is a mesmerizing storyteller who captures the essence of what a romance should be."

"Palmer demonstrates, yet again, why she's the queen of desperado quests for justice and true love."

"Nobody does it better."