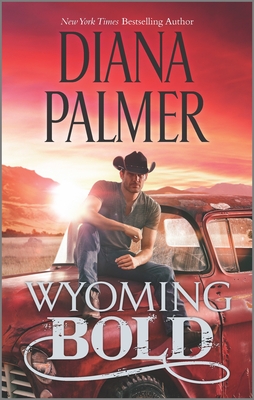 New York Times and USA TODAY bestselling author DIANA PALMER is back with a thrilling new story featuring the Kirk brothers of Wyoming Former border agent Dalton Kirk thought his life was over--literally--when a gang of smugglers left him for dead. Defying all odds, he survives his ordeal and returns to his Wyoming ranch ready to dedicate his future to a more peaceful home on the range. Until lovely Merissa Baker knocks on his door. Merissa is well aware of her reputation as the local eccentric--she knows things before they happen--and she's had a vision that Dalton is in danger. Even though her beliefs clash with Dalton's cowboy logic, she's determined to save the handsome rancher she's secretly loved forever. Visions? It's all ridiculous to Dalton...until things start happening that prove Merissa right. And now Dalton is not the only target--so is Merissa. Can Dalton be bold enough to trust the unknown? Is this Wyoming man ready to love?

"Palmer demonstrates, yet again, why she's the queen of
desparado quests for justice and true love." -Publishers Weekly on Dangerous


"The popular Palmer has penned another winning novel, a perfect bend of romance and suspense." -Booklist on Lawman

"Palmer knows how to make the sparks fly...heartwarming." --Publishers Weekly on Renegade

"Sensual and suspenseful." --Booklist on Lawless

"Diana Palmer is a mesmerizing storyteller who captures the essence of what a romance should be." -Affaire de Coeur