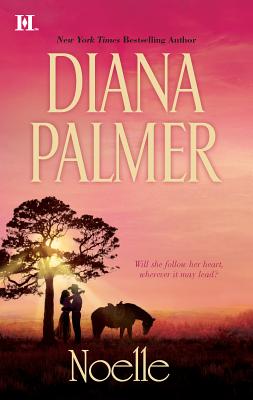 After a devastating flood orphaned Noelle Brown, she thought her handsome and charming benefactor, Andrew Paige, could be the man of her dreams. So why did his steely-eyed older stepbrother, Jared Dunn, make her heart race and her breath catch in her throat? Desperado turned lawman, Jared had come home to Fort Worth, Texas, ready to leave his dangerous past behind. The green-eyed, feisty young woman his stepbrother had taken in wasn't the gold digger Jared had expected. Far from it--the unconventional, innocent beauty needed his guidance to learn the ways of high society, a task he found surprisingly enjoyable. When scandal threatened them all, Noelle would be forced to marry to save the family's honor. But which brother had truly captured her heart? With rivalry pitting brother against brother, one thing was for certain--this wouldn't be a marriage of convenience

"Nobody does it better."

"Nobody tops Diana Palmer when it comes to delivering pure,


undiluted romance. I love her stories."

"Diana Palmer is a mesmerizing storyteller


who captures the essence of what a romance should be."

The prolific author of more than one hundred books, Diana Palmer got her start as a newspaper reporter. A New York Times bestselling author and voted one of the top ten romance writers in America, she has a gift for telling the most sensual tales with charm and humor. Diana lives with her family in Cornelia, Georgia.
Loading...
or
Not Currently Available for Direct Purchase