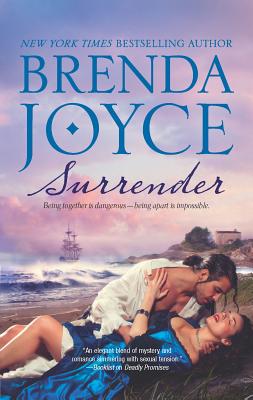 A Desperate Widow Once a penniless orphan, Evelyn D'Orsay became a countess and a bride at the tender age of sixteen. But the flames of revolution forced her to flee France, with the aid of a notorious smuggler. Recently widowed and without any means, Evelyn knows she must retrieve the family fortune from France for her daughter's sake--but only one man can help her...the smuggler she cannot forget. A Dangerous Spy Jack Greystone has been smuggling since he was a small boy--and he has been spying since the wars began. An outlaw with a bounty on his head, he is in hiding when he becomes aware of the Countess's inquiries about him. He is reluctant to come to her aid yet again, for he has never been able to forget her. But he soon realizes he'll surrender anything to be with the woman he loves....

"An elegant blend of mystery and romance simmering with sexual tension."-Booklist on Deadly Promises

"Joyce's tale of the dangers and delights of passion fulfilled will enchant." -Publishers Weekly on The Masquerade

"Merging depth of history with romance is nothing new for the multitalented author, but here she also brings in an intensity of political history that is both fascinating and detailed."--RT Book Reviews on Seduction

Brenda Joyce is a New York Times bestselling author of more than 50 novels and novellas, including the popular and critically acclaimed de Warenne Dynasty Saga, a series of novels set in Regency and Victorian England. She lives on a ranch in Arizona with her dogs, broodmares and the year s current crop of foals. If she isn t on the back of a reining horse, she can be found madly at work in her office, penning her latest romance novel."
Loading...
or
Not Currently Available for Direct Purchase