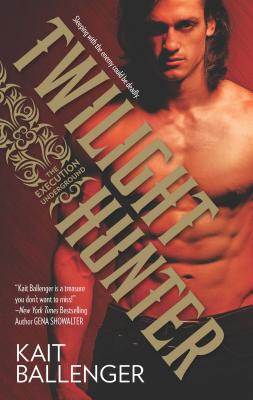 Hunters of the supernatural, the Execution Underground are an elite group tasked with protecting humanity...but what happens when danger collides with desire? Jace McCannon has one loyalty: the Execution Underground. Despite his mixed blood, his hatred for the werewolves he hunts is legendary. But in his search for a sadistic killer, Jace finds himself face-to-face with a stunningly seductive packmaster...and longing for a night with his mortal enemy. Nothing can stop Frankie Amato from defending her kind--or catching the rogue responsible for killing women in her territory. For that, this alpha female needs Jace's skills more than she wants to admit. But as their investigation exposes evil truths, need burns into a passion that dare not be fulfilled. For to do so will have deadly consequences for them both....

"Action and romance in one mesmerizing story. A phenomenal start to the EXECUTION UNDERGROUND Series. Shadow Hunter will leave you breathless and demanding more." --Cecy Robson, author of Sealed with a Curse

"Taut with action, suspense, and romance that sizzles, Shadow Hunter is an evocative prelude to what's certain to be an exciting new series! Fans of J.R. Ward are going to love the sexy warriors of Kait Ballenger's Execution Underground." --Kate SeRine, author of Red and The Better to See You

Kait Ballenger is a full-time paranormal romance author, wife, professional bellydancer, and graduate student. She lives in Central Florida with her husband, their doggie-daughter Sookie (like Charlainne Harris character), and two kittens, Elliot and Olivia (like the SVU characters). Kait believes anything is possible, and one day, she hopes people name their pets after her characters, too. Find Kait at www.kaitballenger.com"
Loading...
or
Not Currently Available for Direct Purchase