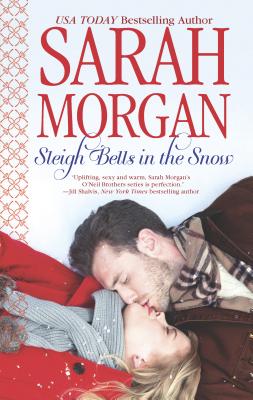 Sleigh Bells in the Snow

"This touching Christmas tale will draw tears of sorrow and joy, remaining a reader favorite for years to come." --Publishers Weekly on Sleigh Bells in the Snow, starred review Once upon a time, Christmas was Kayla Green's favorite time of year. Now all the workaholic wants for Christmas is for it to be over--as fast as possible So when duty calls her to snowy Vermont to close a deal with a new client, Kayla is grateful for an excuse to avoid the holidays for another year. Jackson O'Neil left a thriving business behind to return home and salvage his family's resort--it's in his blood, and he can't let it fail. Now that he's got marketing whiz Kayla Green working with him to put Snow Crystal on the map, success is on the horizon. The fact they strike enough sparks off each other to power all the Christmas lights in Vermont is just an added bonus. Kayla might be an expert at her job, but she's out of her depth with Jackson--he makes her crave the happy-ever-after she once dreamed of, and it's terrifying. As the snowflakes continue to swirl, will the woman who doesn't believe in the magic of Christmas finally fall under its spell? You also won't want to miss One More for Christmas, the sparkling new festive novel from Sarah Morgan "Readers will be delighted."
--Publishers Weekly on One More for Christmas, starred review.

Praise For Sleigh Bells in the Snow…