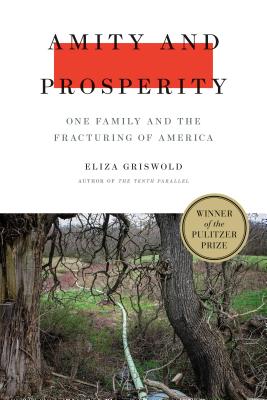 
Praise For Amity and Prosperity: One Family and the Fracturing of America…


"[A] wonderful account, the deserved winner of this year’s Pulitzer Prize for General Nonfiction . . . The virtue of Griswold’s reporting is that, though it’s never sentimental, you understand and sympathize with these men and women." —Bill McKibben, The Times Literary Supplement

"Expertly constructed . . . Griswold — the kind of reporter who can convince a subject to let her reveal the message inside a Valentine card, and who notices what color somebody’s refrigerator is — painstakingly builds the narrative amid its historical and social context . . . Her relentless, measured narration helped me understand my own blind spots — that sadness over ruined views is a kind of class privilege, the outgrowth of a particular stance toward the land. —Erika Howsare, Los Angeles Review of Books