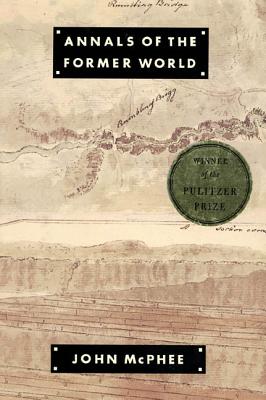 Annals of the Former World

The Pulitzer Prize-winning view of the continent, across the fortieth parallel and down through 4.6 billion years

Twenty years ago, when John McPhee began his journeys back and forth across the United States, he planned to describe a cross section of North America at about the fortieth parallel and, in the process, come to an understanding not only of the science but of the style of the geologists he traveled with. The structure of the book never changed, but its breadth caused him to complete it in stages, under the overall title Annals of the Former World.

Like the terrain it covers, Annals of the Former World tells a multilayered tale, and the reader may choose one of many paths through it. As clearly and succinctly written as it is profoundly informed, this is our finest popular survey of geology and a masterpiece of modern nonfiction.

Annals of the Former World is the winner of the 1999 Pulitzer Prize for Nonfiction.


Praise For Annals of the Former World…

“Tripling as a geology primer, an autobiography and a panorama of the nation, bejeweled with splendid vignettes and set-pieces, "Annals of the Former World" offers a view of America like no other. It is the outpouring of a master stylist. Yield to its geopoetry and have your eyes opened to a barely known aspect of the continent.” —Roy Porter, Los Angeles Times

“John McPhee has produced, over nearly a quarter of a century, a deep philology of the continent. Annals of the Former World is surely a classic. If I didn't know better, I'd say it was timeless.” —A.O. Scott, Village Voice