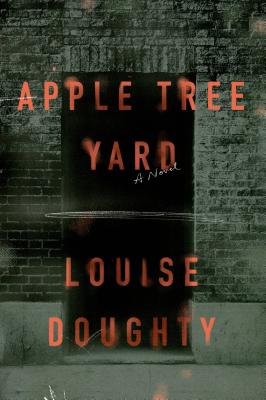 Yvonne Carmichael, a renowned geneticist, public authority, and happily married mother of two, sits in the witness box. The charge is murder. Across the courtroom, not meeting her eye, sits her alleged accomplice. He wears the beautiful pin-striped suit he wore on their first meeting in the Houses of Parliament, when he put his hand on her elbow and guided her to a deserted chapel, where she began to undress. As the barrister’s voice grows low and sinuous, Yvonne realizes she’s lost herself and the life she’d built so carefully to a man who never existed at all.
After their first liaison, Yvonne’s lover tells her very little about himself, but she comes to suspect his secrecy has an explanation connected with the British government. So thrilled and absorbed is she in her newfound sexual power that she fails to notice the real danger about to blindside her from a seemingly innocuous angle. Then, reeling from an act of violence, Yvonne discovers that her desire for justice and revenge has already been compromised. Everything hinges on one night in a dark little alley called Apple Tree Yard.
Suspenseful, erotically charged, and masterfully paced, Louise Doughty’s Apple Tree Yard is an intelligent psychological thriller about desire and its consequences by a writer of phenomenal gifts.

“Doughty writes with consummate pacing and psychological acuity, bringing fresh force to a common regret of adulterous lovers: ‘We discovered that safety and security are commodities you can sell in return for excitement, but you can never buy them back.’” —The New Yorker

“There can’t be a woman alive who hasn’t once realized, in a moment of panic, that she’s in the wrong place at the wrong time with the wrong man. Louise Doughty, more surefooted with each novel, leads her unnerved reader into dark territory. A compelling and bravely written book.” —Hilary Mantel, author of Wolf Hall and Bring Up the Bodies“At the start of Louise Doughty’s taut and psychologically persuasive novel we find [Yvonne] taking the witness stand at the Old Bailey, accused of complicity in a violent crime and about to be exposed in a highly damaging and compromising lie . . . This is a novel that explores the ease with which we can stray off our safe, familiar paths and become addicted to the stories we tell about ourselves. A disquieting, perceptive and gripping read.” —Daily Mail

“Doughty’s achievement is to imagine a horribly mundane tragedy—the kind that could happen to anyone, but a tragedy nonetheless . . . It gives nothing away to state that the comprehensiveness of [Yvonne’s] public disgrace is harrowingly well-realised . . . The trial itself is a masterful piece of evasion and selective disclosure . . . A compelling cautionary tale of what happens when fantasy begins to occlude real life. ‘The trouble with stories is, they are addictive,’ Doughty states. In this case, she may never have written a truer word.” —The Guardian

“Louise Doughty has written a gripping thriller that calls our own thoughts on morality into question and is impossible to put down. Intelligent and captivating, Apple Tree Yard makes you realise how one bad decision can change the course of your life forever.” —Stylist Magazine, Top Ten Must-Reads for June

“Doughty controls the progress of this narrative beautifully, parsing out information with tantalising hints at what is to come . . . Apple Tree Yard is a chilling novel, in part because of the unsparing light it shines on our ability to deceive ourselves. Doughty has a particular gift for unsettling stories, for making us ask difficult questions of ourselves, and this is her strongest book yet. It’s not a comfortable read, but it is entirely compelling.” —The Observer (London)

“If a prologue to a novel is to whet the reader’s appetite, Louise Doughty provides irresistible temptation with the opening to Apple Tree Yard . . . Recollection, interspersed with the growing tension as the trial plays out in the Old Bailey, provides a perfectly dovetailed structure. But within the thriller framework lies a wealth of acutely observed detail, a dissection of social attitudes and an examination of lust, trust, predatory sex, risky behaviour and responsibility . . . As deftly as her lover lured Yvonne into a high-risk relationship, Doughty has skilfully led the reader to cast aside misgivings and trust her confident lead. That the result is unsettling is evidence that there is considerably more to Apple Tree Yard than thrilling narrative alone.” —Herald Scotland

“Doughty, like Zoë Heller, Rachel Cusk, and Tessa Hadley, drops sharp, shiver-inducing insights, like winter raindrops, on every page . . . The story is compelling, but Doughty makes sure that we’re enthralled by teasing us with tantalising glimpses of future events. Her writing is piercing and potent, overpowering emotions captured in sharp, pithy phrases. For all the tachycardia-inducing detail of the plot, Doughty’s view is broad, steeping the story in authenticity. She provides convincing examples of the effects of trauma, such as the atmosphere after a vitriolic outburst at a middle-class dinner party: ‘ugly and baffled silence . . . thick in the yellow room’; and describes the larger world, such as a stranger’s personal drama on the street. The court scene is one of the best I’ve ever read, the suspense and tension building to a taut peak. A major theme is how we build up illusions about people we don’t know, and fall for our ideal rather than the individual. Others include the way female victims are treated by the criminal law system, the sly manipulation of juries, and the way a series of facts can be arranged and interpreted in a variety of ways, all telling different narratives. Riveting.” —The Independent

“Nobody who reads Apple Tree Yard is likely to complain about feeling short-changed . . . Here the sharp domestic details are powerfully combined with (among other things) a dark crime thriller, a gripping courtroom drama and an unforced meditation on the pleasures and dangers of self-deception . . . Superbly teasing.” —Reader’s Digest

Louise Doughty's novel Whatever You Love was short-listed for the Costa Book Award and long-listed for the Orange Prize for Fiction. She is the author of several other novels and a book of nonfiction, A Novel in a Year, based on her hugely popular newspaper column. She also writes plays and journalism and broadcasts regularly for BBC Radio 4. Doughty lives in London.
Loading...
or
Not Currently Available for Direct Purchase